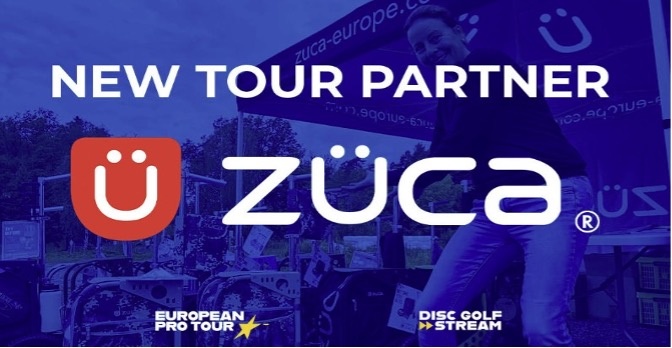 What is disc golf

Disc golf, a sport that you most likely already heard of in the meanwhile. The popularity of the sport has grown rapidly over the past years. Nowadays around 12 million people worldwide are regularly practicing the sport: both on amateuristic as professional level. The disc golf trend started in the USA and is now transferred to Europe as well. Not very surprising, as it is a super fun and accessible way to spend time outside and stay fit. Moreover, you can play it at any level and challenge yourself by trying new courses.

The concept of disc golf has been developed from the traditional frisbee and golf. The aim is to reach the polehole, an iron basket, in as few throws as possible. Unlike traditional golf, a disc is used to complete a course as quickly as you can. A course usually consists of between 12 and 18 holes and the landscapes of disc golf courses are diverse. This way, there is a nice course for players at every level.

The rising popularity of disc golf is accompanied by a growth in expertise of players. Meanwhile, the real fanatics have grown into true disc golf athletes. To go into battle, tournaments are organized worldwide. New major European disc golf tournaments started. To be able to follow the athletes live in action from your couch, we offer an online live stream. That way you don't have to miss anything from the tournaments!

ZÜCA can be called, with their almost 10 years of experience, a specialist in developing disc golf products. Today ZÜCA offers a broad line of disc golf products including 8 different disc golf carts and related accessories. The disc golf carts make the disc golf experience much more enjoyable. By offering a place to sit, transport their belongings, the carts contribute to minimizing the risk of back injuries. ZÜCA has always been end-user  focused in their product development efforts and has incorporated consumer input as well as relationships with leading brands in multiple markets to spur innovation.

To support the disc golf sport, ZÜCA is partnering with both players and tournament directors. They aim to grow the sport even more over the next few years. Therefore, ZÜCA is a proud sponsor of the European Pro Tour.

The European Pro Tour (EPT) was created to promote professional disc golf. Under the organization of EPT, disc golf tournaments are organized for disc golf athletes, in prime locations with challenging courses. By live streaming the golf tournaments all over the world, the EPT tries to achieve their goal of creating a stage for the best disc golf players to show their skills and serve the fans to follow their favorite athletes in the world.

The tournament consists of 6 parts and takes place in different European countries.

The EPT kicks off in Copenhagen. This event was previously organized by the professional disc golf association (PDGA) and is loved by many disc golf players. In the heart of Copenhagen, the Valby Park, the athletes will compete for the win.

The tournament continues on the disc golf course Järva, located in Stockholm. This picturesque course is considered one of the best in the world. Definitely one not to be missed.

In July the disc golf tournament starts in Finland. Tynni open is the largest disc golf event in Europe. It is known as a meeting point for all disc golfers in the world: be there or don't call yourself a disc golfer.

A tournament is also planned in Estonia. During the Estonian open, players will take up the challenge on a varied disc golf course, in order to collect the prize pool of thousands of euros.

A new addition to the European disc golf tournaments is the Turku Open in Finland. This course has been used for years by many disc golfers and has already made its TV debut in the reality TV show Lead card.

To conclude the disc golf season, EPT All Stars is scheduled to take place in Mijas, Spain, to which only the best players from the previous tournaments will be invited. The wonderful weather in Costa del Sol guarantees that it will be a sunny tournament.

Not a disc golf athlete (yet), but interested in participating in a disc golf tournament? No problem! The EPT has also thought about the amateurs, perhaps disc golf athletes-to-be. In collaboration with ZÜCA, EPT-X has organized a disc golf tournament in Mijas, Spain, for disc golfers at all levels. Between the 11th and 13th of November you can show your skills at the Fuengirola Open. What is better than playing a disc golf event in November when it is still warm enough in spain? You will meet many new people and discover the most beautiful parts of the country.

As well as with the EPT tournaments, these disc golf games can be followed online by the live stream. Enough to watch during the upcoming months!